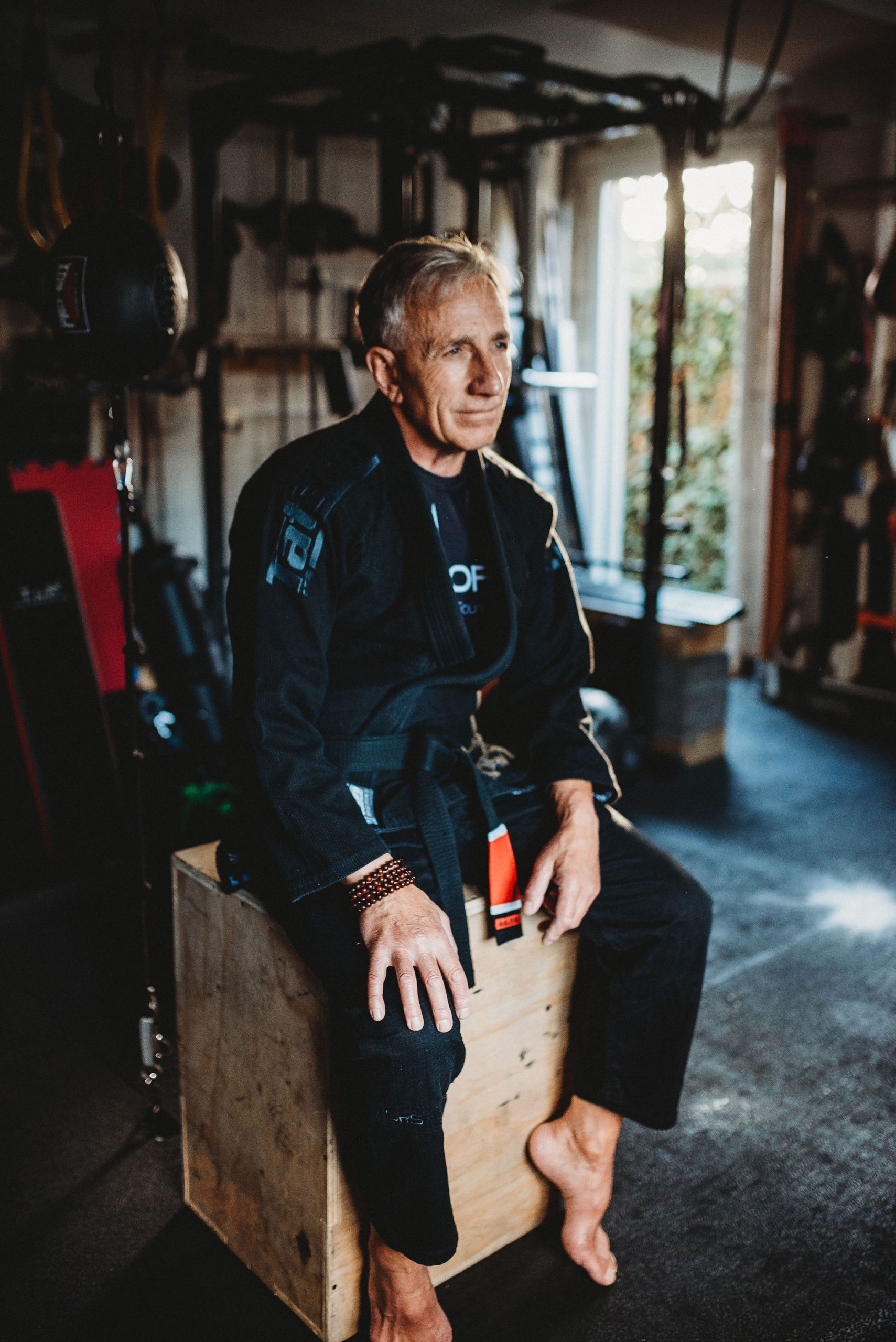 Tony started training in Shotokan Karate in the early eighties (in Coventry) under John Johnston with the J.K.A (Japanese Karate Association). He competed yearly at the Shotokan Kumite competitions at Crystal Palace. During this period that he met and trained with his friend Geoff Thompson who he continued to train with on grappling and striking under the BCA system.

He also trained in traditional Jiu Jitsu under Ross Innacaro (Taijutsu kai). Tony competed in some of the early grapple and strike competitions (when he was in his forties) where he met and trained with his now business partner Mark Collett. He began training in BJJ (Brazilian Jiu-Jitsu) in his early fifties under John B Will (Machados). After being awarded his blue belt by John he was then coached by Chico Mendes (Checkmat) to brown belt.

He considers Master Sken as his mentor for Muay Thai/Striking, Chico Mendes and Neto Nunes for his Brazilian Jiu Jitsu (BJJ) and Geoff Thompson for his self-protection training.